The Rector of St Peter’s from 1798-1810 was Charles de Guiffardière, of French origin. Judging by the number and generosity of bequests in his will, Guiffardière was a wealthy man, leaving several thousand pounds and also silver and gold artefacts to his beneficiaries. Some of his bequests were made to members of the Royal Family and we turn to the diarist of that time, Fanny Burney (who was appointed dresser to the Queen in 1786) for a fuller picture of the impression he made on the English court. Described as ‘Mr Turbulent’, Fanny said of him, “he is here and there a little eccentric, but, in the main, merely good-humoured and high-spirited.” 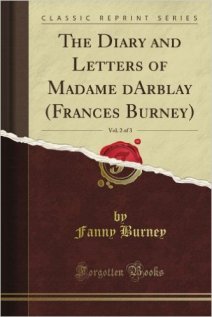 In March 1810 the Rev. John Crofts M.A. was appointed Rector of St Peter’s, “vice De Guiffardière, dec.” (Gentleman’s Magazine, 1810). There could not have been two more different individuals. It was he who was to demolish the Cowper Rectory, a misdeed for which some never forgave him!